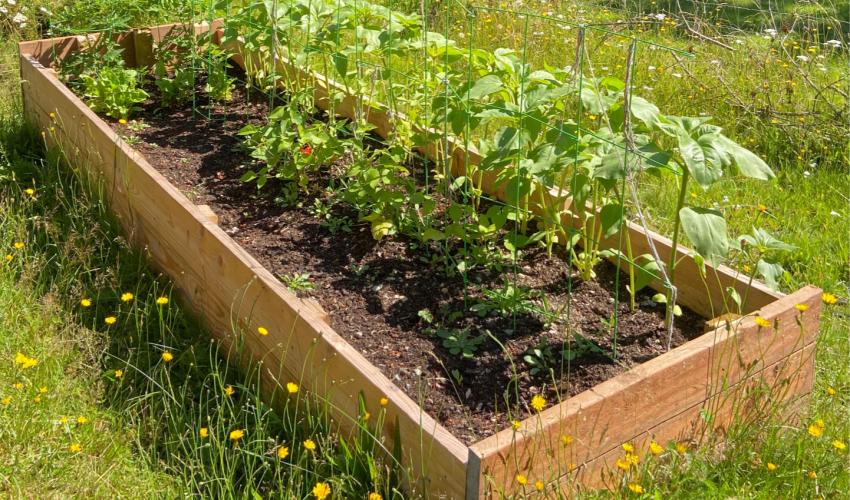 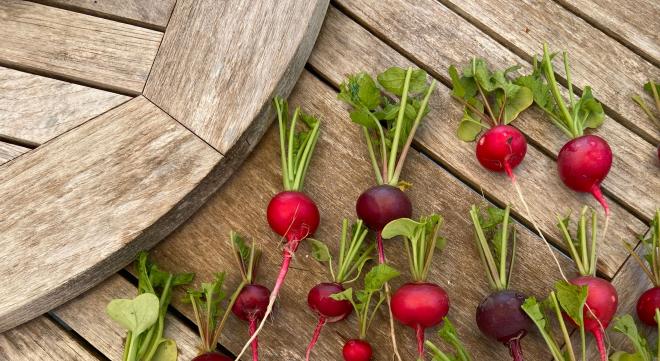 The last couple of years have been very difficult for me, and my blog has suffered for it. In 2018, my father died at the age of 93 following a long illness. Here's the obituary I wrote for him in The New York Times. I had a less than ideal relationship with my father, a discussion of which is beyond the scope of my blog.

I have always wanted to write about my family. There are lots of colorful characters and a few batshit crazy ones as well. When I was young it became clear to me that I couldn't write about family members unless they had died. In all likelihood I would make a lot of people mad, and it's unlikely that some family members would appreciate my view of them.

Now my father is gone and I still can't write about him. Not only is his widow, my former stepmother, still alive, but because of a big dispute over my father's estate, much of what happened is protected by Florida law. My father's estate was settled at the end of November 2019 when a settlement agreement was drafted and signed.

These things are particularly painful for a writer who just wants to write. So, I guess I will just write something that may or may not be able to be published posthumously. So, my grief over my father has turned into what's called "complicated grief."

If that weren't enough, my husband had a sister, who died suddenly in April of 2019. This sister was somewhat disabled, and my husband looked after her. This was yet another big blow for both of us.

Following the settlement of my father's estate, I now have some legal and accounting issues to deal with that are new for me. This may seem like nothing to the big wheels out there, but to little old me, it's a new headache. I have four lawyers on speed dial.

In addition to all of this, there's my regular life, which includes working part-time for a web design agency, writing websites and business blogs. And I just started a Master's degree.

For the first couple of days of class in my Master's--which just started last week--I felt a complete sense of dread as in everyone is smarter than me and whose brilliant idea was it to go to grad school? I actually had a panic attack. By the third day of class, when I had a glimpse of the work of some other students, the panic passed. And I actually like class. I like what I'm studying: English and Creative Writing. But it is something else on my plate. So far, I have handed in two assignments and received an A for each. So far, so good.

Most of the students in class are very young, just out of school, and have never actually written anything for a living. I, by contrast, have been paid for writing for over 20 years. More like 25.

The good news is that as a writer, I'm used to working home alone, so COVID-19 and social distancing bothers me less than it does others. And I have a vegetable garden this year, which you can see in the photos.

Recently, the mother of an old friend died, and I was able to watch a video of the funeral on YouTube. As morbid as it sounds, I've watched that video a few times. While I'm sad about the death of the mother, may she rest in peace, it was comforting to see some old friends and see how they've changed yet stayed the same. I knew them well 40 years ago when I was 17.

Theirs was and is a warm and happy family, a family that supports each other and takes pride in each other's accomplishments. It was something beautiful to see. For me, it was like watching a rare and exotic animal from behind a window pane.

None of us can go back and rewrite history--although I know a few people who try to on a regular basis. But life is short, and as adults, how we live our lives is up to us. So, I make every effort to find pleasure in little things: a pretty radish that I grew, a good cup of coffee, a smile from my husband because I bought the right cereal, a cheerful conversation with my kids, an A on a class paper, and good friends, who make everything in life a little easier.

The best news is that I'm now back in touch with some old friends. I've dearly missed them.

Below are some Lapin cherries, Rainier cherries (I have those trees) and wild raspberries, salmon berries, and thimble berries from my yard. 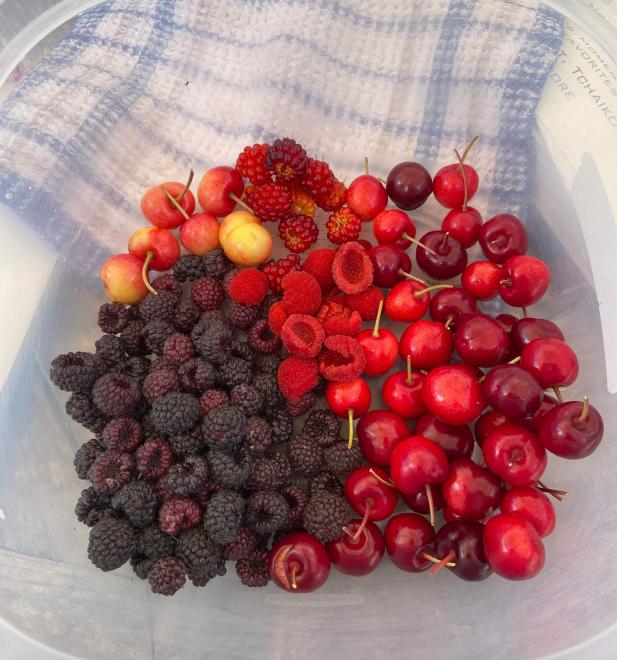 Love the tone & voice of your writing although I'm sad (but not surprised) at the undercurrent of pain and regret. And how do you ever get used to calling what's her name (I can't recall it) "stepmom"? Yuk. I would love to see you someday and I miss the days we saw David on a regular basis. I'm excited for your master's program and that you're writing for yourself as well as for pay. I still do scads of writing in my head but hardly any beyond that (except work).
You're a special woman Cynthia. ❤️