Colonoscopies and Why You Should Have One 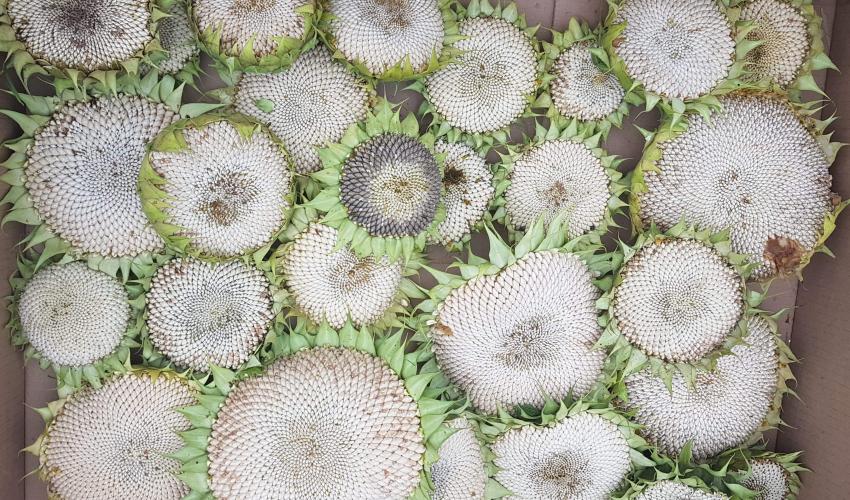 Today I'm going to talk about colonoscopies. So, if talking about the bowel, rectum, and poop give you the heebie jeebies, then you may not want to read this.

I have the good fortune that a close family friend was a colon and rectal surgeon, now deceased. H. Whitney Boggs, a chaired professor at Louisiana State University Medical School, was happy to tell anyone who would listen that his face was the first one I saw when I was born and that he was my oldest friend. Dr. Boggs was a past president of the American Society of Colon & Rectal Surgery and the American Board of Colon & Rectal Surgery.

I knew him from the time I was a little girl, and when I was in my early thirties, he wanted me to have a colonoscopy. At that time, I thought he was nuts. I didn't have any of the risk factors for colon cancer or even any symptoms of anything wrong. But he wanted all his friends to have colonoscopies. When you're a hammer, everything looks like a nail.

He was feeling pretty pleased with himself. Me, I was just kind of worn out. Today, I'm 58, and I've lost count of how many colonoscopies I've had. Because if you have one, and they find polyps, then you typically have to have another one in three years, and I usually have one or more polyps. I had a few that Dr. Boggs supervised (but did not perform) because he was already wheelchair-bound from post-polio syndrome. So, one of his former partners did it with Boggs in the room. Then I had a few in Calgary, and now I've had a few here on Vancouver Island.

A lot of people aren't so keen to have one of these procedures for a variety of reasons. They feel like it's going to hurt (it doesn't) and it's just otherwise unpleasant (it is). The most unpleasant part is not the procedure itself, but rather it's the preparation (the prep) for the procedure which involves having severe diarrhea for several hours in order to clean out your intestines.

Basically you follow a low-residue (low fiber) diet for a few days before, and then you take some medicine which gives you diarrhea. Sometimes you have to drink an unpleasant-tasting liquid during the prep. You will have to drink a lot of other clear fluids--like Gatorade. There are different types of preps, and I've had several of them. The worst part is your butt is sore after a lot of diarrhea. And it's even more sore if you have hemorrhoids. Don't ask me how I know this.

The colonoscopy itself is not painful. The indignity of it is painful. A doctor is going to put a long tube with a camera up your butt to the beginning of your colon and look at every inch of it on a big screen. Think IMAX. Usually people have it done with a mild anaesthetic that interferes with short-term memory, Versed, so, you don't feel a thing and you don't remember much or any of it. But I know someone who never has any anaesthetic when she has them, and it doesn't bother her at all.

When I used to have them supervised by Dr. Boggs, he was such a celebrity, that I usually had at least half a dozen doctors I didn't know, who wanted to be in the room. So, imagine all those strangers talking, laughing, and studying your colon on the screen. Oh, goodie.

Colonoscopies save lives, and they likely have saved mine. When people hear I just had one or am about to have one, they usually say how sorry they are. Don't be sorry! I'm glad I live in a civilized country where I can have one.

So let me give you a little free advice on the whole performance. Above all else, follow your doctor's instructions first.

Follow the instructions exactly. If you cheat, your doctor will know in the first 30 seconds because your bowel will not be squeaky clean. If your bowel is not squeaky clean then your doctor cannot inspect the interior surface easily looking for irregularities. You are the one who will not have a very good colonoscopy if you cheat on the prep. And you may very well have to have another one.

Preps are often (but not always) today done in split doses. That is you take your meds, have diarrhea for a few hours, then several hours later, do it again. This is done because even after you do the first prep, and are no longer eating anything, there are all kinds of slimy bodily fluids still being emptied in your large intestine from the small intestine. The second part of a split prep takes care of cleaning that out.

When your prep is done, you should be pooping clear water or clear yellow water if you're drinking gatorade. If there are still fecal bits in your effluent, then your bowel is not clean.

If your butt is sore, you can wipe yourself with a soft cloth or baby wipes, but be careful because these are probably not flushable. Some people put some kind of cream on their butt, even zinc oxide like Desitin. It's also possible to clean yourself with a soft shower spray, just remember to disinfect your shower after.

You will be instructed how much clear fluid to drink. It's a lot. And it has to be clear fluid with no red, purple, or blue dyes. With the exception of black coffee or black tea which is okay until the end. Dr. Boggs told me that if I could read the newspaper through the glass, I could drink it.

At some point before your scheduled procedure, you will have to stop drinking everything. This is so that you have an empty stomach before your anaesthesia.

You will need a responsible adult to take you to the procedure and pick you up. All that diarrhea will make you feel like crap--no pun intended--weak and sometimes a little confused. It's easy to get dehydrated. And if you're dehydrated and your electrolytes are messed up, it's common to be a little confused.

Afterwards, if you've had anaesthesia, then you need a responsible adult to stay with you for a few hours or overnight. Some people go right out for a greasy cheeseburger. Others prefer a lighter diet for the first day.

All in all, it's not a big deal, and if you have any of the risk factors, such as a parent or sibling who has had colon or rectal cancer, or bleeding from the rectum, then get a colonoscopy. If you are 50 or older, get a colonoscopy. They save lives. I can't understand why anyone would balk over getting one.

There's nothing wrong with talking about poop. Everybody does it--even the ones who think theirs smells like ice cream (it doesn't.)

I sure miss my old friend, Dr. Boggs. At his house you could talk about poop at the dinner table. And he would give you a dollar if you could tell him a butt joke that he had not heard. Rest in peace, old friend.

I have a feeling of déjà vu. Sorry you list your pal Dr. Boggs. He saved your life!