Tips on Writing an Obituary 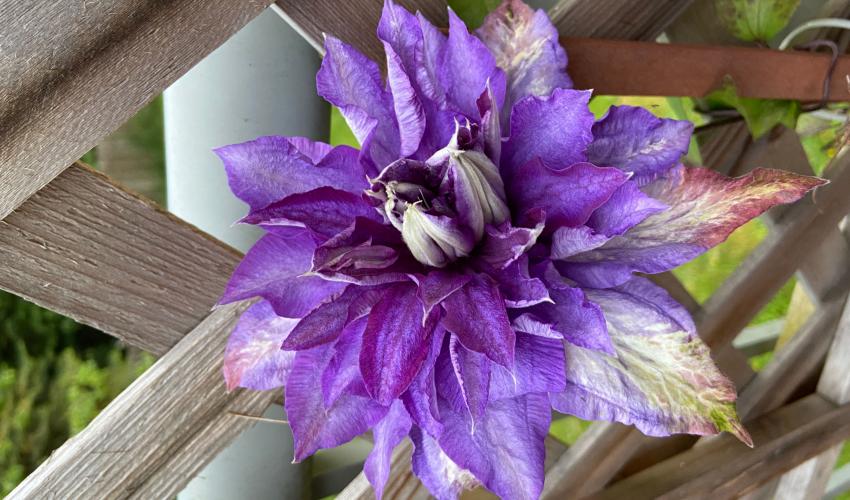 Before I get started, if there is anyone reading this who has recently lost a loved one, be forewarned that I have used some gallows humor throughout. Please don't be offended by my humor if you are grief-stricken. I'm very sorry for your loss.

I write lots of obituaries. Sad but true. Although my day job is writing for a web design and SEO agency, for whatever reason, I'm often asked to help write or totally write an obituary. And that's fine with me. I like writing them. And I'll do it for nothing for friends and family.

Obituaries are not difficult to write, and there are certain literary conventions that most people adhere to, at least in North America. Most funeral homes will help you write an obituary or they will write a simple one for you. And a short obituary is usually included in the price of the funeral service.

For many, writing the obituary is very painful, as it is one of the last things you do for your loved one in this life, and you want to get it right. That's why you may want to consider asking a professional to do it.

If you want to know how professionals do it from scratch, you're in the right place.

Let's talk about money. Obituaries typically aren't very expensive, but let me explain how this works.

As I said earlier, most funeral homes give you a short, limited-word-count obituary included in whatever services you bought from them. You can write it or they will write it for you following a brief and simple template.

For an extra fee, the funeral home will get you the obituary printed in some local newspaper.

Whether you are going through a funeral home or not, this is how obit prices work with a newspaper.

Depending on the paper, most obituaries appear in columns on a page, and from a distance they look like classified ads. Occasionally a newspaper will print a big obit of a prominent person on another type of page.

The bottom line, no pun intended, is that you are paying by the "line," and each line has a certain number of characters. Please indulge me, while I offer an example from the poet, A.E. Housman, some of whose poem, "When I Was One-and-Twenty," follows below.

The line above contains 26 characters, for example. Each newspaper tells you how many characters are in a line. And most likely, there will be no paragraphs. Everything will be smushed together in a rectangular block of text.

The moral of the story is that the longer the obituary is, the more expensive it will be. If your obituary is going to appear online, you may or may not pay extra for that. So, try to keep your budget in mind and also what would the deceased have wanted. I would guess the low end for an obit through a funeral home is probably $50, and the sky is the limit for high-end obituary projects. For example, the long obituary that I wrote for my dad and which appeared in The New York Times cost about $10,000. I'm sure one could spend more than that.

You don't have to have an obituary. It's a nice touch if the deceased had a lot of family and friends. Many people read the newspaper starting with the obituary section. It's an important section.

First, get the name right. It's usually last name first, then first name, then middle name. However, if the person was also well known by some previous name or nickname, it's useful to include that too. The deceased's friends may be looking for a obituary for '"Bucky" Mason' instead of "James R. Mason III."

And spell the names correctly please. I once attended the funeral of a close friend and well-known politician, where the rabbi mispronounced the person's last name the whole time. LIKE A DOZEN TIMES. This tells me that this rabbi did not know this person very well. So much for the personal touch.

Age or Date of Birth

Sometimes people don't want their ages mentioned. Okay, then go with the flow. Try to write an obituary that would please the person who died, and not just the family of the person or your own writerly vanity.

The first line should include who, when, where, and why, as much as is prudent to disclose. For example, it's better to say, "Baker, Karen Jean died peacefully at home on July 17, 2020 at the age of 77 following a long illness and surrounded by family."

Do not say this:

"Baker, Karen Jean died at home on July 17, 2020 at the age of 77 when her kitchen apron caught fire and burned her upper torso to smithereens."

Readers don't need or want that much detail. Furthermore, suicide is rarely mentioned in an obituary, and the family members of suicide victims often don't print an obituary at all--which is a shame. Because then a lot of people scratch their heads and wonder, "whatever happened to...?" Even if it is a suicide, you don't have to mention that. Use an euphemism like "died suddenly" or "died unexpectedly".

The convention goes like this. In our example above, if Karen had one brother named Tom who was married to Barbara, you say, "She is survived by her brother Tom Baker (Barbara)." The relatives by marriage are in parentheses. If any of the deceased's immediate family died before her, then you can say that next. "She was predeceased by her mother, Pearl (McAdam) Baker. McAdam in parentheses indicates that this was her mother's maiden name.

However, if the deceased was not close to his or her parents or any other relatives, you don't have to mention them, dead or alive. There are no funeral police who are going to come and approve your obituary. Include whatever you think is right, and use some common sense.

These things do occur in obituaries, but try to avoid it if you can. If you are writing an obituary for a client, try to make them see the ramifications of that gesture.

In this case above, people who read the obit and knew the family said, "what about Turdbowl's kids?"

Others said, "Didn't Gladys have some grandchildren? Are they dead, too?"

Think twice and write once.

Meat in the Sandwich

Now you get to the part where you can write whatever you want. Usually it's a good idea to say only nice things about the deceased. You know, like "don't speak ill of the dead." Some people are determined to write a humorous obituary. That's fine if you do a good job. If you do a bad job, you'll look like a real idiot.

Very occasionally someone writes a really nasty obituary about the deceased. But that's rare, and some newspapers won't publish it.

So, depending on how much money you want to spend, you can tell the person's whole life story. I certainly don't care. If you are wondering what information to include in this section, I'll give you some suggestions and examples (I'm just making these scenarios up).

Anything famous they were known for:

For example, "Karen Jean Baker was the first woman to graduate from Joe's University and Bait Shop, which had previously been an all-male school."

"Karen Jean Baker worked for the city of Hookalooka for 38 years as a senior buyer. She never took one sick day."

"Karen Jean Baker had sixteen children and also raised 10 foster children. She was a devoted mother who cared deeply for her children's welfare."

Talk about whatever you want in order to reach the correct line/character/word count needed. Just keep in mind, that by convention, there are two more parts to address.

There is usually a section on arrangements where you post where the funeral will take place and/or if someone is receiving visitors at the home and/or if there is a "celebration of life" = party or wake. That is if you want anyone to come. If you don't want anyone to come, then you should just say that there will be a private ceremony.

I personally know of a woman whose spouse died, and she didn't tell any of her husband's family until two weeks after the funeral. That's one way to cut down on word count: "A private ceremony for Ebenezer Jones took place two weeks ago." If your goal is to allow people to come to the funeral, then publish the obituary as soon as possible after the death.

The last section is usually one about making a donation to charity. If it is the wish of the deceased that a donation be made to a specific charity, say that here. This section is not required if no one cares about donations.

Writing an obituary is not difficult, but try to respect the conventions of form. Keep in mind what the effect will be on those who read the obituary and tread carefully.

A while ago, I answered a question on Quora and included the obituary I wrote for my dog a few years ago.

A clematis from my deck. 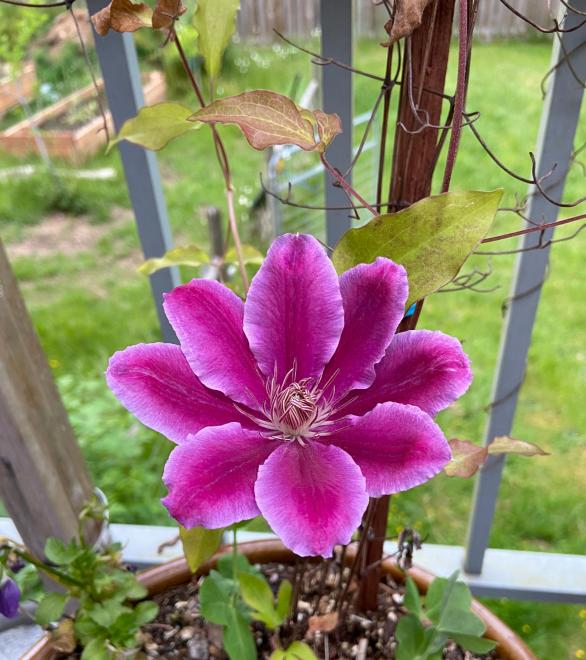 Here are the first eight lines of A.E. Housman's "When I Was One-and-Twenty."

When I was one-and-twenty
I heard a wise man say,
“Give crowns and pounds and guineas
But not your heart away.”

Give pearls away and rubies
But keep your fancy free."
But I was one-and-twenty,
No use to talk to me.